Alexander C. Cook is Assistant Professor of Modern Chinese History at the University of California, Berkeley. Previously a Stanford Humanities Fellow and Fulbright Student, he holds a PhD with distinction in History from Columbia University, New York. His research focuses on the history of Maoism in its global and domestic contexts. He is editor of the volume Mao's Little Red Book: A Global History, and has contributed chapters to the volumes Law and History (2004), A Critical Introduction to Mao (Cambridge, 2010), and Scripting Revolution (2015), as well as the forthcoming volumes Political Trials and The Cambridge History of Communism, Volume 3. 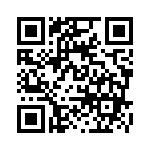