Hershel Parker is H. Fletcher Brown Professor of American Romanticism at the University of Delaware and Associate General Editor of the Northwestern-Newberry Edition of The Writings of Herman Melville. He is editor of several collections on Melville, including collaborations with Harrison Hayford on the Norton Critical Edition of Moby-Dick and Norton "Moby-Dick" as Dubloon and with Brian Higgins on the G. K. Hall Critical Essays on Hermann Melville's "Pierre" and Critical Essays on Herman Melville's "Moby-Dick," and is also editor of the 1820-65 section in the Norton Anthology of American Literature. His Flawed Texts and Verbal Icons: Literary Authority in American Fiction was published in 1984 by Northwestern University Press. 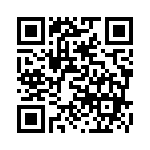