I enjoyed this book but I didnt ENJOY this book if that makes sense. Read full review

Tom Davis writes about life in the American South in short stories, articles, and poems. Davis, a resident of Fayetteville, N.C., uses personal experience, imagination, and humor to tell stories about Southern people and events. Davis combines true elements, such as the names of actual persons and events that really took place, with descriptions of imaginary people and places. Davis's books include What Would You Like on Your Mashed Potatoes?, The Long and the Short, Pickberry Pig, and The Patrol Order. Davis's works are also included in A Loving Voice and A Loving Voice II, anthologies of read-aloud short stories. Davis also publishes extensively in newspapers and journals, such as The Carolina Runner, Poet's Sanctuary, and Special Warfare, a professional military journal published by the Special Warfare Center. He has won numerous awards from Byline, a national magazine for writers. 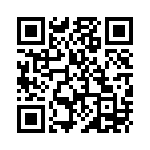