Poet and novelist Vita Sackville-West began writing as a child. Born at elegant Knole Castle, scene of Virginia Woolf's novel Orlando (1928), Sackville-West was educated in that 365-room dwelling. In 1913 she married Harold Nicolson (see Vol. 3), journalist, diplomat, and biographer. Despite Nicolson's homosexuality and her own lesbian affair with Violet Trefusis, this marriage survived. Poems of East and West, her first book, was published in 1917. She remained unknown except by a small group of literary connoisseurs until 1927, when she received the Hawthornden Prize for a second volume of poetry. At this time she lived in London and was part of the Bloomsbury group, which also included Lytton Strachey (see Vol. 3), E. M. Forster, John Maynard Keynes (see Vol. 3), and Woolf. Sackville-West published many novels and volumes of poetry, biography, and family history, and several books on gardening, as well as book reviews and criticism. All of her writings reflect the same unhurried approach, deep reflection, and brilliantly polished style. Her influence on other writers, especially Woolf, was perhaps greater than her own individual achievement. The Edwardians (1930) and All Passion Spent (1931) are her best-known novels. Sackville-West's son, Nigel Nicholson, recounted the close, but unconventional relationship of his parents in the memoir Portrait of a Marriage, published in 1973. 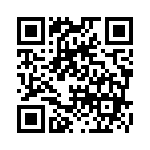