Craig M. Wright received his Bachelor of Music degree at the Eastman School of Music in 1966 and his Ph.D. in musicology from Harvard University in 1972. He began his teaching career at the University of Kentucky and for the past forty years has been teaching at Yale University, where he is currently the Henry L. and Lucy G. Moses Professor of Music. At Yale, Wright's courses include his perennially popular introductory course, Listening to Music (also part of the offerings of Open Yale Courses); his large lecture course Exploring the Nature of Genius; and most recently his Coursera course Introduction to Classical Music. He is the author of numerous scholarly books and articles on composers ranging from Leoninus to Bach. Wright has also been the recipient of many awards, including a Guggenheim Fellowship, the Einstein and Kinkeldey Awards of the American Musicological Society, and the Dent Medal of the International Musicological Society. In 2004, he was awarded the honorary degree Doctor of Humane Letters from the University of Chicago. And in 2010 he was elected a member of the American Academy of Arts and Sciences, joining fellow inductee, banjo player Steve Martin. In addition to LISTENING TO MUSIC and LISTENING TO WESTERN MUSIC, EIGHTH EDITION, Wright has also published THE ESSENTIAL LISTENING TO MUSIC, SECOND EDITION; LISTENING TO MUSIC, CHINESE EDITION (Schirmer Cengage Learning/Three Union Press, 2012), translated and simplified by Profs. Li Xiujung (China Conservatory, Beijing) and Yu Zhigang (Central Conservatory, Beijing), both of whom worked with Wright at Yale; and MUSIC IN WESTERN CIVILIZATION, MEDIA UPDATE (Schirmer Cengage Learning, 2010), with coauthor Bryan Simms. He is currently at work on a volume titled MOZART'S BRAIN: EXPLORING THE NATURE OF GENIUS. 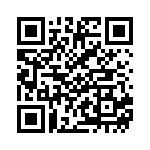