S B Bhattacherje, though not a historian, is keenly interested in developing a chronological record of various events in India. His specialisation in 'Sales Management' demanded extensive travelling all over the country during his service career with Imperial Chemical Industries, Union Carbide and even thereafter. His avocation prompted him to avail of every opportunity to pick up the country's evolutionary past, right at the source, weaving a serialised structure: The outcome of his sustained efforts, over several years, is this unique Encyclopaedia. 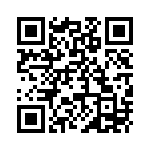