I have been married for 25 years and never knew that my husband is a sex addict until I read this book. After years of therapy I was told that he is just a harmless flirt. My husband is reading this ... Read full review

Patrick Carnes, who has been called the nation's leading professional expert on sexual addiction, is a nationally known speaker. He received his Ph.D. in education and counseling from the University of Minnesota. His first book, Out of The Shadows: Understanding Sexual Addiction was originally published in December, 1983, as The Sexual Addict, but had to be retitled because of the stigma associated with the designation. Subsequent works include Don't Call It Love: Recovery From Sexual Addiction (1991), A Gentle Path Through the Twelve Steps (1993), 27 Tasks For Changing Compulsive, Out-of-Control, And Inappropriate Sexual Behavior: Therapist's Guide (1994), and Sexual Anorexia: Overcoming Sexual Self-Hatred and The Betrayal Bond: Breaking Free of Exploitive Relationships (1997). A leading researcher who is frequently cited by other specialists, Carnes was a founding board member of the National Council on Sex Addiction and has served on the National Advisory Board of the American Academy of Health Care Providers in Addictive Disorders. He created an inpatient program for sexual dependency at Golden Valley Health Center in Minneapolis, was executive director of new programs for sexual addiction and trauma treatment at Del Am Hospital in Torrance, California, and has consulted with academic, social service, military and criminal justice organizations. Carnes lives in Minnesota. 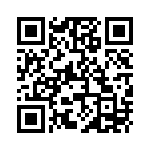