Review: The Myth of "Bloody Mary": A Biography of Queen Mary I of England

Linda Porter has a Ph.D. in history from the University of York, England, and has lectured at universities in New York, worked as a journalist, and been a senior adviser on international public relations to a major telecommunications company. She was the winner of the 2004 Biographers Club/Daily Mail prize in England, which launched her on a new career as an author. She is married with one daughter and lives near London. 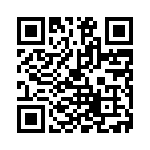