Informative and interesting but the style is very old fashioined and reminds one of reading a newspaper. Read full review

In 1958, Walt Disney encouraged thirty-six-year-old Bob Thomas to write The Art of Animation, the first book that would give full credit to the animators and explore the animation process. Thomas interviewed Walt Disney many times during the years he was a Hollywood correspondent for the Associate Press and in preparation for his two books, The Art of Animation and Walt Disney: Magician of the Movies.
After Disney's death in 1966, Thomas wrote the official biography, Walt Disney: An American Original. He is also the author of numerous other books, including biographies on Fred Astaire, Bing Crosby, Harry Cohn, Irving Thalberg, David O. Selznick, Joan Crawford, William Holden, Walter Winchell, and other Hollywood legends. His biographies of Howard Hughes and Abbot and Costello became television movies.
His other Disney books include Building a Company: Roy O. Disney and the Creation of an Entertainment Empire; The Art of Animation: From Mickey Mouse to Beauty and the Beast; and its revision, The Art of Animation, From Mickey Mouse to Hercules. He was issued a special commendation at the Disney Legends ceremony in 2001. 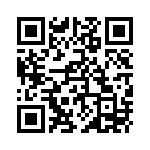