Give me that online religion

The revolution wrought by Martin Luther within Christianity coincided with the spread of the revolutionary printing press with moveable type. Brasher (co-chair of New Religions Movement Group of the ... Read full review

Dr. Brenda E. Brasher is a lecturer in the Department of Sociology at King's College, University of Aberdeen. She frequently serves as a religious consultant to the media, and for more than a decade has documented and analyzed Internet and Web activities of traditional and alternative religious groups. 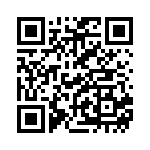