MICHAEL D. KELLEHER, who has written widely on the subject of violence, specializes in threat assessment, strategic management, and human resources management for organizations in the private and public sectors. He is the author of When Good Kids Kill (1998), Murder Most Rare (1998), Profiling the Lethal Employee (1997), Flash Point: The American Mass Murderer (1997), and New Arenas for Violence (1996), all published by Praeger.

DAVID VAN NUYS is Chair of the Psychology Department at Sonoma State University in Northern California. He serves on the board of directors of Division 32 (Humanistic Psychology) of the American Psychological Association. Van Nuys earned his doctorate in clinical psychology from the University of Michigan and has worked as a licensed psychotherapist in both New Hampshire and California. A frequent public speaker, he has also published in professional journals, popular magazines and was the author of a nationally syndicated newspaper column. In addition to his university teaching, Van Nuys is President of e-FocusGroups, a market research consulting firm. 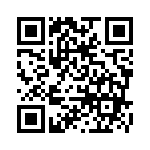