Willard H. Rollings is Associate Professor of History at the University of Nevada, Las Vegas. He is also the author of The Comanche. 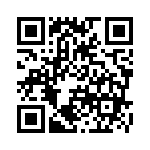