This is an interesting book. It's short and that makes it accessible to most readers. This is especially so, given Audrey's easy writing style. The book does indeed do much to dispel many myths about ... Read full review

Audrey Truschke is Assistant Professor of History at Rutgers University. She is the author of Culture of Encounters: Sanskrit at the Mughal Court (2016). 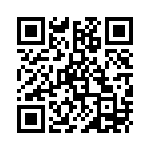