DAN CONLIN is Curator of Marine History at the Maritime Museum of the Atlantic, and an authority on Nova Scotia privateering. 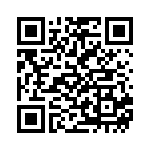