It has been a while since I last looked at this version, but I feel I should point out a shortcoming that bothered me: I did like the way i translated the text, but the fact that many verses were ... Read full review

I haven't read the whole thing yet but what I have read is great, helps to gain better understanding of the scripture's Read full review

James Moffatt, a leading scholar of the New Testament and early Christianity, was a native of Glasgow, Scotland. After obtaining his education at the university of Free Church College there, he served as minister in several Presbyterian churches (1896--1912). During that interval, Moffatt published several books that amply demonstrated his capacity as a serious scholar. In due course, he filled three academic posts, two in Great Britain and one in America. He was Yates Professor of Greek and New Testament Exegesis at Mansfield College, Oxford (1912--15), then professor of church history at United Free College in Glasgow (1915--27), and, finally, Washburn Professor of Church History at Union Theological Seminary in New York City (1927--44). This energetic and undeniably erudite scholar is best remembered for the translation of the Bible (the New Testament in 1913 and the entire Bible in 1925) that bears his name. Rigorous in its use of free-style contemporary speech, it accords well with Moffatt's commitment to make major scholarly insights about the biblical text available to laypersons. After his retirement in 1938, Moffatt was most faithful in his service as executive secretary to the committee that ultimately published the Revised Standard Version translation of the Bible. Moffatt's name is also attached to a 17-volume New Testament Commentary series (1928--50) that is mainly designed to spell out the religious message of the New Testament writings for intelligent novice readers. 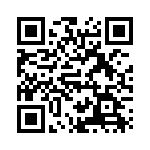