Bertrand Arthur William Russell (1872-1970) was a British philosopher, logician, essayist and social critic. He was best known for his work in mathematical logic and analytic philosophy. Together with G.E. Moore, Russell is generally recognized as one of the main founders of modern analytic philosophy. Together with Kurt Gödel, he is regularly credited with being one of the most important logicians of the twentieth century. Over the course of a long career, Russell also made contributions to a broad range of subjects, including the history of ideas, ethics, political and educational theory, and religious studies. General readers have benefited from his many popular writings on a wide variety of topics. After a life marked by controversy--including dismissals from both Trinity College, Cambridge, and City College, New York--Russell was awarded the Order of Merit in 1949 and the Nobel Prize for Literature in 1950. Noted also for his many spirited anti-nuclear protests and for his campaign against western involvement in the Vietnam War, Russell remained a prominent public figure until his death at the age of 97.

Louis Greenspan is Emeritus Professor in the Department of Religious Studies at McMaster University. 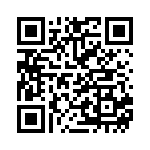