A wonderful travelogue. I thoroughly enjoyed Michael Palin's writing, full of observant details, personal impressions, and witticisms. His plain and self-effacing style is very engaging, unlike that ... Read full review

Everyone knows by now that I really enjoy Michael Palin’s travel diaries of his TV series (even though I have read more of the books rather than watch the series). Himalaya has spent some time on the ... Read full review

Michael Palin is one of the most popular comic figures of our time. His exploits with the Monty Python team and in subsequent films such as A Fish Called Wanda are now the stuff of legend. It is as the adventurous traveler of his major television series however that he has acquired a vast and loyal following. 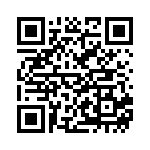