Alberto Mira is lecturer in modern languages at Oxford Brookes University and has published widely on Spanish theatre and literature. 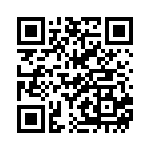