Reread for a course I'm teaching (I'm about to get 50 papers on it!). Since I've read this classic novel of a woman's confused longing for selfhood many times, I found myself focusing on Chopin's ... Read full review

I loved this book. Not everyone I know does, but there you are; I'm different like that. Read full review

Kate Chopin, born in 1851 as Katherine O'Flaherty in St. Louis to an Irish merchant father and an aristocratic Creole mother, grew up studying piano and reading Austen, Dickens, Goethe, and the BrontCs. She blossomed into a beauty and was admired for her wit and grace in spite of a streak of free-spiritedness. After marrying Oscar Chopin in 1870, she continued her independent behavior, smoking cigarettes, dressing as she pleased, and taking long walks alone. Yet she bore six children in twelve years of marriage and assumed management of the Chopin family plantation upon Oscar's sudden death in 1882. Turning seriously to writing about that time, she published stories in Vogue and Atlantic Monthly. She wrote a novel, At Fau“/I> a collection of short stories, Bayou Folk; another collection, A Night in Acadie; and her masterpiece, The Awakening. Criticized as immoral and shockingly inappropriate for female readers, the novel sold very poorly and was considered a failure. Chopin, anguished and dismayed by the harsh criticism The Awakening received, eventually stopped writing. She died in 1904, certain that she would be remembered only as a writer of short stories. 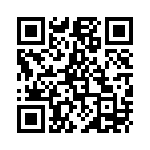