Theodore Weesner, 1935-2015 Theodore Weesner was born in 1935 in Flint, Michigan. After serving in the army, he attended Michigan State University and the University of Iowa. He taught at Emerson College in Boston. He was best-known for his straightforward account of the juvenile delinquent, Alex, in The Car Thief. His other books included: The True Detective, Novemberfest, and harbor Lights. Weesner died on June 25, 2015 of congestive heart failure. He was 79. 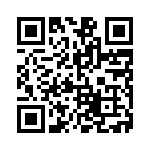