Kaushik Roy is Guru Nanak Professor in the Department of History at Jadavpur University, India and Global Fellow at PRIO, Norway 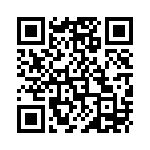