A military history of Russia: from Ivan the Terrible to the war in Chechnya

Stone (Russian history, Kansas State Univ.;Hammer and Rifle: The Militarization of the Soviet Union, 1926-1933 ) does an artful job of recounting over 500 years of Russian military campaigns and ... Read full review

David R. Stone is Associate Professor of Russian history at Kansas State University. His first book Hammer and Rifle: The Militarization of the Soviet Union, 1926-1933 , was a History Book Club selection, winner of the Historical Society's inaugural Best First Book prize, and co-winner of the Shulman Prize from the American Association for the Advancement of Slavic Studies. The author of numerous articles on Russian and Soviet military and diplomatic history, Stone is currently working on a study of Trotsky's role in the creation and development of the Red Army. 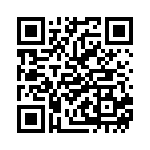