The FBI: a history

Both a chronological narrative of major events and an examination of the important issues regarding the FBI's controversial operations and policies (e.g., its illegal harassment of organizations and ... Read full review

DIVRhodri Jeffreys-Jones is professor emeritus of American history, Edinburgh University. His previous books include The CIA and American Democracy, Peace Now! American Society and the Ending of the Vietnam War, and Cloak and Dollar: A History of American Secret Intelligence, all published by Yale University Press./div 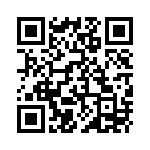