What is ancient philosophy?

First published in France in 1995, Hadot's overview of ancient philosophy (that is, Greek and Roman philosophy) is quite possibly one of the best one-volume works on the subject to have appeared in ... Read full review

Pierre Hadot was Professor Emeritus at the Collčge de France. His books include Philosophy as a Way of Life and Plotinus. 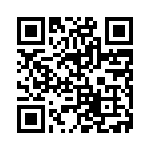