Nick Barton has over 40 years of international experience in rock engineering, and has been involved in numerous important and iconic tunnel, cavern and rock slope projects. He has developed many tools and methods, such as the widely used Q-system, for rock classification and support selection and the Barton-Bandis constitutive laws for rock joint computer modeling. He currently teaches at the University of Săo Paulo and manages an international consultancy (Nick Barton & Associates, Săo Paulo – Oslo).

Dr. Nick Barton was the 2011 recipient of the distinguished Müller Award, an award that honours the memory of Professor Leopold Müller, the founder of the ISRM (International Society of Rock Mechanics), and awarded in recognition of distinguished contributions to the profession of rock mechanics and rock engineering. 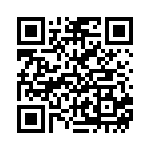