This biography of Gandhi is quite good showing the personality of Gandhi, which is not known to people generally. You enjoy reading this book and also learn history of his time. Read full review

I hate to say this, but I felt that this book made parts of Ghandi's life forgettable. The author glossed over many important things that happened to that great man. Don't get me wrong, it was well written and good for anyone looking for just a basic knowledge of the man. Read full review

Louis Fischer was a journalist and lecturer. He wrote many books about the Soviet Union, including biographies and studies on Stalin. In 1958, he became a research associate at the Institute for Advanced Study in Princeton. In 1961, he became a lecturer at Princeton University's Woodrow Wilson School of Public and International Affairs. He died in 1970. 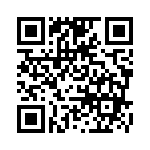