Gerry, Jimmy and Kathleen have to stay at Kathleen's boarding school one holiday, due to illness elsewhere. They are loosely in the charge of the French mistress, but Gerry manages to charm her and ... Read full review

In which the castle turns out to be enchanted in a most unexpected way. A wholly enjoyable Edwardian delight. Read full review

Page 140 - Aa oo re o me me oo a oo ho el?" said the voice again. And it had said it four times before Gerald could collect himself sufficiently to understand that this horror—alive, and most likely quite uncontrollable—was saying, with a dreadful calm, polite persistence: "Can you recommend me to a good hotel?
Appears in 9 books from 1946-2005
Page 106 - do you mean to tell me . . ." "I don't mean to tell you anything," said Gerald, quite truly, "but I'll give you a bit of advice. You go home and lie down a bit and put a wet rag on your head. You'll be all right tomorrow." "But I haven't—
Appears in 8 books from 1877-2006
More
Page 282 - of the universe and it is the universe itself. The eternal light rests on and illuminates the eternal heart of things. None of the six human beings who saw that moonrising were ever able to think about it as having anything to do with time. Only for one instant could that
Appears in 7 books from 1946-2005
Page 266 - petals strewn upon warm white stone. Instead, there was the dark, lofty state chamber, lighted but little by six tall candles; there was the American in shirt and trousers, a smoking pistol in his hand; and there, advancing from the door of the powdering room a figure in doublet and hose, a ruff round its
Appears in 6 books from 1946-2005
Page 201 - just said it. Oh, we can't leave it here, if that's what it is. It isn't stealing, really, when it's as valuable as that, you see. Say what it is." "It's a wishing ring," said Jimmy. "We've had that before—and you had your silly wish," said Mabel, more and more excited. "I say it isn'ta
Appears in 6 books from 1946-2005
Page 107 - on my hand while I'm saying it. And you won't let it get round to my boss—my employer I mean? Fits of all sorts are against a man in any trade." "No, no, no, it's all right—good-bye." said everyone. And a silence fell as he went slowly round the water butt and the green
Appears in 6 books from 1946-2005
Page 12 - flagstones where heaps of leaves had drifted, sloped steeply down, and at the end of it was another round arch, quite dark inside, above which rose rocks and grass and bushes. "It's like the outside of a railway tunnel," said James. "It's the entrance to the enchanted castle," said Kathleen. "Let's blow the horns.
Appears in 6 books from 1946-2006
Less

Edith Nesbit Bland (1858-1924) published most of her work under the signature of E. Nesbit and wrote or collaborated on more than sixty books for children. Her works include The Railway Children, The Story of the Treasure Seekers, and The Wouldbegoods.

Paul O. Zelinsky is the illustrator of Anne Isaac's Dust Devil and creator of the now-classic interactive book called The Wheels on the Bus. His retelling of Rapunzel was awarded the 1998 Caldecott Medal. Rumpelstitlskin, Hansel and Gretel and Swamp Angel with different authors all garnered Paul a Caldecott Honor. Since 1991 Paul O. Zelinsky has lived in the same apartment with his wife Deborah in northern Brooklyn, New York. 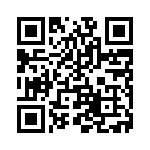