Algae (/ˈćldʒi, ˈćlɡi/; singular alga /ˈćlɡə/) is an informal term for a large, diverse group of photosynthetic eukaryotic organisms that are not necessarily closely related, and is thus polyphyletic. Including organisms ranging from unicellular microalgae genera, such as Chlorella and the diatoms, to multicellular forms, such as the giant kelp, a large brown alga which may grow up to 50 m in length. Most are aquatic and autotrophic and lack many of the distinct cell and tissue types, such as stomata, xylem, and phloem, which are found in land plants. The largest and most complex marine algae are called seaweeds, while the most complex freshwater forms are the Charophyta, a division of green algae which includes, for example, Spirogyra and the stoneworts.
No definition of algae is generally accepted. One definition is that algae "have chlorophyll as their primary photosynthetic pigment and lack a sterile covering of cells around their reproductive cells".[2] Although cyanobacteria are often referred to as "blue-green algae", most authorities exclude all prokaryotes from the definition of algae.[3][4]
Algae constitute a polyphyletic group[3] since they do not include a common ancestor, and although their plastids seem to have a single origin, from cyanobacteria,[5] they were acquired in different ways. Green algae are examples of algae that have primary chloroplasts derived from endosymbiotic cyanobacteria. Diatoms and brown algae are examples of algae with secondary chloroplasts derived from an endosymbiotic red alga.[6]
Algae exhibit a wide range of reproductive strategies, from simple asexual cell division to complex forms of sexual reproduction.[7]
Algae lack the various structures that characterize land plants, such as the phyllids (leaf-like structures) of bryophytes, rhizoids in nonvascular plants, and the roots, leaves, and other organs found in tracheophytes (vascular plants). Most are phototrophic, although some are mixotrophic, deriving energy both from photosynthesis and uptake of organic carbon either by osmotrophy, myzotrophy, or phagotrophy. Some unicellular species of green algae, many golden algae, euglenids, dinoflagellates, and other algae have become heterotrophs (also called colorless or apochlorotic algae), sometimes parasitic, relying entirely on external energy sources and have limited or no photosynthetic apparatus.[8][9][10] Some other heterotrophic organisms, such as the apicomplexans, are also derived from cells whose ancestors possessed plastids, but are not traditionally considered as algae. Algae have photosynthetic machinery ultimately derived from cyanobacteria that produce oxygen as a by-product of photosynthesis, unlike other photosynthetic bacteria such as purple and green sulfur bacteria. Fossilized filamentous algae from the Vindhya basin have been dated back to 1.6 to 1.7 billion years ago.[11]

John A. T. Robinsonwas a New Testament scholar who served as Bishop of Woolwich, England, and as Dean of Trinity College, University of Cambridge. 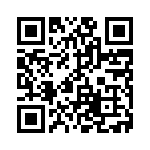