L. H. Roper is a professor of history at the State University of New York at New Paltz and coeditor in chief of the Journal of Early American History. His most recent publications are Advancing Empire: English Interest and Overseas Expansion, 1613-1688 and The Worlds of the Seventeenth-Century Hudson Valley, a volume for which he is a coeditor. Roper was a 2015 winner of the SUNY Chancellor's Award for Excellence in Scholarship or Creative Work. 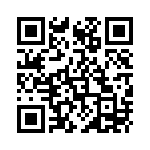