A.W. RICHARD SIPE is a Certified Clinical Mental Health Counselor who earlier spent 18 years as a Benedictine monk and priest. He was trained specifically to deal with the mental health problems of Roman Catholic Priests. In the process of training and therapy, he conducted a 25-year ethnographic study of the celibate/sexual behavior of that population. His study, published in 1990, is now considered a classic. Sipe is known internationally and has participated in 12 documentaries on celibacy and priest sexual abuse aired by HBO, BBC, and other networks in the United States, United Kingdom, and France. He has been widely interviewed by media including CNN, ABC, NBC, CNBC, the New York Times, the Los Angeles Times, People magazine, Newsweek and USA Today. 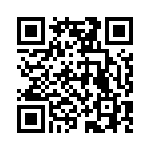