Elliott Sober is Vilas Research Professor and Hans Reichenbach Professor of Philosophy at the University of Wisconsin-Madison. 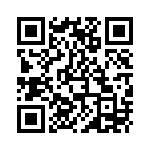