Technical literacy and individual and social decision-making are among challenges that philosophy attempts to address. It is useful to get a high-level summary. This book includes many technology-related issues in a single volume. There are ninety-eight chapters by about seventy-nine contributors under the seven themes of history, science, philosophy, environment, politics, ethics, and the future. The authors are Western, i.e. European and American, though there are discussions of Eastern references. The chapters are like the intros to books on each separate topic. The notion of convergence appears in the Future section, written by Bainbridge, who is one of the writers having multiple entries. There would probably be value in further integration, perhaps through discussions among various subsets. This might or might not improve prediction market accuracy depending upon how participants actually influenced eachother. This text compares well to previous philosophy books which were more in-depth and are likely included in the reading lists. It presents questions, terminology and some handy visualizations, and would be a good place to begin.

Jan Kyrre Berg Olsen has a Ph.D. in Science Studies and teaches Theory of Science at the Faculty of Public Health, University of Copenhagen. He is the editor of various publications, including a Danish anthology on the concept of “time” in science and Philosophy of Technology: 5 Questions (2007).

Vincent F. Hendricks holds two doctoral degrees in philosophy, is Professor of Formal Philosophy at Roskilde University, and the winner of the Danish Elite Research Prize 2008. His work has been influential on modern mathematical and philosophical logic and concentrates primarily on bringing mainstream and formal approaches to epistemology together. He is the author of numerous texts and papers in this field. 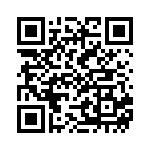