the perfect book for new coaches

Istvan Balyi, MA, is a sport consultant and expert in Canadian Sport for Life and long-term athlete development. Balyi has served as a sport scientist in residence at the National Coaching Institute in Victoria, British Columbia, and remains involved in the program delivery of planning and periodization and LTAD.

As one of the architects of the long-term athlete development model, Balyi has served as an LTAD advisor for 50 sports in 7 countries and facilitated the use of LTAD for more than 20 countries. Balyi has worked with 17 Canadian national teams as a high-performance consultant and been responsible for athletic development planning and periodization for multiple Olympic medalists. In addition, Balyi has taught planning, periodization, and LTAD modules in Australia, Bahrain, Chile, England, Ireland, New Zealand, Northern Ireland, Portugal, Scotland, Singapore, South Africa, the United Sates, the Netherlands, and Wales.

Balyi resides in Victoria, British Columbia, where he enjoys reading, listening to music, and cooking.

Richard Way, MBA, is Canadian Sport for Life’s Senior Leader and is an expert on long-term athlete development. He is also a principal of Citius Performance Corporation and serves on the faculty of the Institute for Global Studies at the University of Delaware.

Way developed the LTAD model along with Istvan Balyi and has served as a long-term athlete development advisor for 30 sports in 4 countries. He has also facilitated the use of LTAD in over 50 countries.

As a chartered professional coach, Way represented Canada as a luge racer and coach for over 10 years. Way holds a Medal of Honor for Exceptional Contributions to the Development of the International Luge Sport awarded by the Federation Internationale de Luge de Course (FIL). He received his advanced diploma in coaching in 2005 from the National Coaching Institute.

Way is president of the International Sport for Life Society. He was also the director of sport for Vancouver’s successful 2010 Bid Corporation. Way enjoys spending time with his children in community sports, traveling, and playing soccer and hockey. He resides in Victoria, British Columbia.

Colin Higgs, PhD, is a sport consultant and expert in long-term athlete development. He has worked with many national governments and nongovernmental sport and disability sport organizations in North America, the Caribbean, southern Africa, and central Asia.

As a consultant, Higgs is currently involved in the redevelopment of the Caribbean Coaching Certification Program and the design, development, and implementation of a youth sport program in the Caribbean to reduce the incidence and impact of HIV/ AIDS. Higgs is working to transform the Canadian sport system with the goals of decreased negative medical consequences of physical inactivity and increased international sport performance for Canada’s athletes.

Higgs is a frequent presenter at international conferences and has authored more than 60 publications on physical literary, long-term athlete development, and coaching with special emphasis on individuals with disabilities.

In 2013 Higgs was the inaugural recipient of the International Paralympic Committee’s Sport Science Awards and also received the Queen’s 60th Jubilee Medal for community service to Canada in support of reducing physical inactivity. He is a professor emeritus at Memorial University of Newfoundland in Canada. Higgs resides in Sydenham, Ontario, Canada. 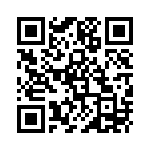