André Tchernia graduated as Agrégé des Letters in 1960, and, after his National Service, was chosen as a member of the Ecole Française de Rome in 1963. He directed for three years an excavation in Bolsena, and specialized in the study of Roman amphorae. Back in France in 1966, he lectured in Latin at the University of Aix en Provence and became a pioneer in underwater archaeology, directing for ten years the excavation f the great Roman wreck of La Madrague de Giens. He obtained his "Doctorat d'Etat" in 1984, and published in 1986 'le vin de l'Italie romaine, essai d'histoire économique d'aprčs les amphores'. In 1957, he was appointed deputy-director of the department of Human Sciences of the National Center for Scienntific Research. He left this post in 1990 to become "Directeur d'Etudes ŕ l'Ecole des Hautes Etudes en Sciences Sociales", where he finished his carreer. 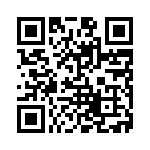