Lesley Wischmann is a freelance writer specializing in western history and a lecturer for the Wyoming Humanities Council Speakers Bureau. He is also the author of Frontier Diplomats: Alexander Culbertson and Natoyist-Siksina’ among the Blackfeet

Andrew Erskine Dawson, a resident of England and retired public servant, is great-grand-nephew of Andrew Dawson. 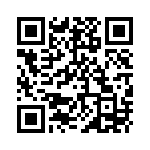