i loved the book

Parvis Ghassem-Fachandi is assistant professor of anthropology at Rutgers University. He is the editor of Violence: Ethnographic Encounters. 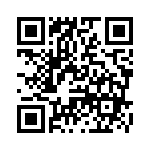