Stuart Halloway is a member of Clojure/core and CTO at Relevance, where he spends his time on secret projects for world domination, and watching Phineas and Ferb. 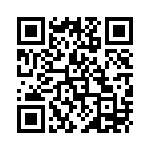