Somewhere in a secret underground laboratory, Lawrence Pick - an engineer who predicted and analyzed large-scale calamities that might affect the national security of the United States - gathers ... Read full review

As far as I know, the first novel length treatment of a "Greenhouse Earth". The change is rapid and countered by, in typical thriller fashion, a crack team of scientist in a lab. (So my memory says ... Read full review

Arthur Herzog III was born in Manhattan on April 6, 1927. He received a bachelor's degree in English literature from Stanford University in 1949 and a master's degree in English literature at Columbia University in 1951. He soon became a freelance magazine writer. During his lifetime, he wrote 16 novels including IQ 83 and Orca, two short story collections, and nine nonfiction books including Vesco, The Church Trap, 17 Days: The Katie Beers Story, and The War-Peace Establishment. His novel, The Swarm was published in 1974 and was adapted into a movie starring Michael Caine in 1978. He also wrote for numerous magazines including Esquire, Harper's, The Nation, and The New York Times Magazine. He died due to complications of a stroke on May 26, 2010 at the age of 83. 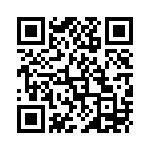