THOMAS BESOM is Research Associate in the Department of Anthropology at Binghamton University in New York. 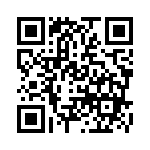