John Gooch is probably the leading scholar of the Italian military in English so he was the ideal person to write this history of Italian military participation in the Great War. What is particularly ... Read full review

John Gooch is Emeritus Professor of International History, University of Leeds, and Honorary Professor of History, University of Kent. As well as serving at the Universities of Lancaster (1969-92) and Leeds (1992-2010), he has held appointments as Secretary of the Navy Senior Research Fellow at the United States Naval War College and Visiting Professor of Military and Naval History at Yale University. He was the founding Chairman of the Army Records Society and served as Joint Editor of the Journal of Strategic Studies for twenty-five years. In 2011 he was appointed Cavaliere dell'Ordine della Stella della Solidarieta' Italiana for services to Italian military history. 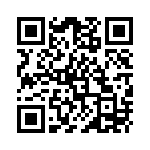