Vadim Rossman is an independent scholar who lives in Austin, Texas. Sidney Monas is a professorřemeritus of Slavic languages and history at the University of Texas at Austin. 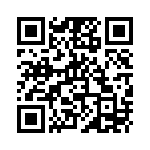