Really great collection of twelve biographical stories based on microbiology. Didn't really blow me away, but was informative and well written.

Paul de Kruif (1890-1971), a bacteriologist and pathologist, was a prolific author on the subject of medical science. He lived in Michigan and taught for many years at the University of Michigan in Ann Arbor. 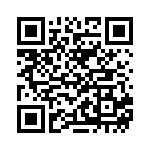