A mediocre text...effective a little...popular in exam Read full review

ROBERT S. PINDYCK is the Mitsubishi Bank Professor in Economics and Finance in the Sloan School of Management at M.I.T. He is also a Research Associate of the National Bureau of Economic Research, and a Fellow of the Econometric Society, and has been a Visiting Professor of Economics at Tel-Aviv University. He received his Ph.D. in Economics from M.I.T. in 1971. Professor Pindyck's research and writing have covered a variety of topics in micro economics and industrial organization, including the effects of uncertainty on firm behavior and market structure, determinants of market power, the behavior of natural resource, commodity, and financial markets, and criteria for investment decisions. He has been a consultant to a number of public and private organizations, and is currently co-editor of The Review of Economics and Statistics. He is also the co-author with Daniel Rubinfield of Econometric Models and Economic Forecasts, a best-selling textbook that may or may not be turned into a feature film.

DANIEL L. RUBINFELD is Robert L. Bridges Professor of Law and Professor of Economics at the University of California, Berkeley. He taught previously at Suffolk University, Wellesley College, and the University of Michigan, and served from June 1997 through December 1998 as Deputy Assistant Attorney General for Antitrust in the U.S. Department of Justice. He has been a Fellow at the National Bureau of Economic Research, the Center for Advanced Study in the Behavioral Sciences, and the John Simon Guggenheim Foundation. He received a BA in mathematics from Princeton University in 1967 and a Ph.D. in Economics from M.I.T. in 1972. Professor Rubinfeld is the author of a variety of articles relating to competition policy, law and economics, law and statistics, and public economics. He is currently co-editor of the International Review of Law and Economics, and has served as Associate Dean and Chair of the Jurisprudence and Social Policy Program at Berkeley from 1987-1990 and 1999-2000. He is the co-author (with Robert Pindyck) of Econometric Models and Economic Forecasts, and expects to play the lead in the film version of the book. 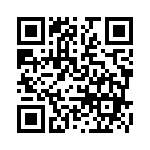