Excellent look at the people and culture of West Texas in the early 1900s. Read full review

BILL O'NEAL is a prolific author of western history, the "Best Living Nonfiction Writer" as selected by True West magazine in 2007. He speaks frequently to historical groups and has appeared in documentaries on TBS, History Channel, Discovery Channel, TNN, and A&E. O'Neal is the author of more than thirty books, including The Johnson County War (2005 NOLA Book of the Year), The Regulator-Moderator War, Historic Ranches of the Old West, Encyclopedia of Western Gunfighters, and Cheyenne, 1867-1903. He is retired from teaching at Panola College. 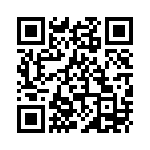