OK, OK, I finally got around to reading Neuromancer but William Gibson. For some reason I always meant to read it but just never seemed to make the time. I think I was slightly turned off by the ... Read full review

I have to admit that I never finished this novel. I picked it up because I think I like cyber-punk novels, and this is reported to be a classic. I can't finish it. I'm about 1/3 through the book and I ... Read full review

William Gibson is credited with having coined the term “cyberspace” and having envisioned both the Internet and virtual reality before either existed. In addition to Neuromancer, he is the author of Count Zero, Mona Lisa Overdrive, Burning Chrome, Virtual Light, Idoru, All Tomorrow’s Parties, Pattern Recognition, Spook Country, Zero History, Distrust That Particular Flavor, The Peripheral, and Agency. He lives in Vancouver, British Columbia, with his wife.

Neil Gaiman (series introduction) is the #1 New York Times bestselling author of more than twenty books for readers of all ages, including American Gods, The Ocean at the End of the Lane, The Graveyard Book, Coraline, and the Sandman series of graphic novels. He is Professor in the Arts at Bard College.

Alex Trochut (cover designer) is an award-winning artist, graphic designer, illustrator, and typographer. He has designed for The New York Times, The Guardian, Nike, Adidas, The Rolling Stones, Coca-Cola, and Pepsi and was nominated for a 2016 Grammy Award for Best Recording Package. Born in Barcelona, Spain, he lives in Brooklyn. 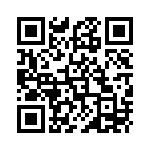