Founded in 1978, the National Strength and Conditioning Association (NSCA) is an international nonprofit educational association with members in over 56 countries. Drawing on its vast network of members, the NSCA develops and presents the most advanced information regarding strength training and conditioning practices, injury prevention, and research findings.

Unlike any other organization, the NSCA brings together a diverse group of professionals from the sport science, athletic, allied health, and fitness industries. By working to find practical applications for new research findings in the strength and conditioning field, the association fosters the development of strength training and conditioning as a discipline and as a profession.

Jared W. Coburn, PhD, CSCS,*D, FNSCA, FACSM, is a professor of kinesiology at California State University at Fullerton, where he has earned numerous awards for teaching and research excellence. Before entering the world of academia, Coburn worked as a personal trainer, strength and conditioning coach, and director of physical therapy clinics and fitness and wellness centers. His interest in applying scientific principles to the training of clients and athletes is based largely on his experience as a practitioner.

Coburn has published widely and frequently lectures on topics related to exercise training. He is particularly interested in studying muscle function during strength, power, and endurance exercises and has presented his work in peer-reviewed journals and textbook chapters. Coburn is an active member of the National Strength and Conditioning Association, where he has held membership since 1984. He holds bachelor’s and master’s degrees from California State University at Fullerton and a PhD from the University of Nebraska at Lincoln.

Coburn lives with his wife, Tamara, and their two children in Norco, California.

Moh H. Malek, PhD, CSCS,*D, NSCA-CPT,*D, FNSCA, FACSM, is an associate professor in the College of Pharmacy and Health Sciences and director of the Integrative Physiology of Exercise Laboratory at Wayne State University in Detroit, Michigan.

Malek conducts research in both human and animal models examining the underlying mechanisms of muscle fatigue. In 2010, Malek received the NSCA’s Terry J. Housh Outstanding Young Investigator of the Year Award. Malek has published over 60 peer-reviewed papers related to exercise physiology and has presented his research at the NSCA National Conference since 2004. Since 2007, he has served as associate editor of Journal of Strength and Conditioning Research. He also serves on the editorial board of Medicine & Science in Sport & Exercise. Malek received his bachelor’s degrees in biology and psychology from Pitzer College, his master’s degree in kinesiology from California State University at Fullerton, and a PhD in exercise physiology from the University of Nebraska at Lincoln. 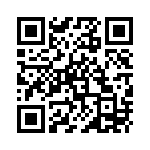