Harvey Schwartz is curator of the Oral History Collection, International Longshore and Warehouse Union Library, San Francisco. He is the author of Solidarity Stories: An Oral History of the ILWU. 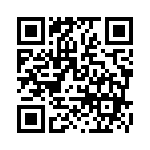