Albert Ellis, Ph.D., was the intellectual founder of all clinical approaches that now fall under the rubric of cognitive behavior therapy, and he is generally regarded as one of the most influential psychologists of the 20th century. His Rational Emotive Behavior Therapy is now practiced and taught throughout the world, along with the numerous similar therapies that it spawned. Dr. Ellis wrote 70 books and more than 600 journal articles and monographs. At the Albert Ellis Institute, which he founded and managed for more than half a century, he personally trained or supervised thousands of clinicians. As a practicing psychologist, he personally helped more than 10,000 people lead less painful and more productive lives. Dr. Ellis received dozens of awards from organizations like the American Psychological Association and American Counseling Association for his tireless work in advancing psychology, counseling, and social work. When he received his Ph.D. from Columbia University in 1947, he had already established himself as the most renowned sex therapist in the first half of the 20th century, and he then went on to revolutionize the field of clinical psychology. Dr. Ellis died July 24, 2007, while this book was in the final stages of preparation.

Professor Stephen Palmer PhD is an award winning psychologist and psychotherapist. He is Founder Director of the Centre for Stress Management, London. He is the UK's first Visiting Professor of Work Based Learning and Stress Management at Middlesex University. He has authored/edited over 50 books including The Beginner's Guide to Counselling and Psychotherapy (Sage, 2015). He is Co-editor of the European Journal of Counselling Theory, Research and Practice. Currently he is Honorary President of the International Stress Management Association; President of the International Society for Coaching Psychology; Founder Co-Chair of the London Branch of the British Association for Behavioural & Cognitive Psychotherapies; a Founder Director and Vice President of the Society of Dialectical Behaviour Therapy and a Director and Deputy Chair of the Association for Rational Emotive Behaviour Therapy. His interests include jazz, art and coastal walking. 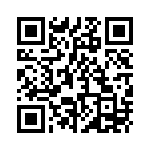