Author John R. Husman is a 20-year member of the Society for American Baseball Research and is the Toledo Mud Hens Team Historian. 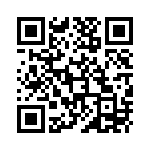