Gerard Smith is a veteran of over thirty years of government service. Shortly after his appointment as Director of the United States Arms Control and Disarmament Agency in 1969, he was chosen by President Nixon to be the Chief U.S. Delegate to SALT I. He has written about the SALT talks for several publications. In 1981 he was awarded the Presidential Medal of Freedom and the Albert Einstein Peace Prize. He is currently President of Consultants International Group. 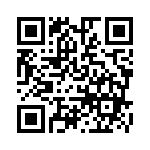